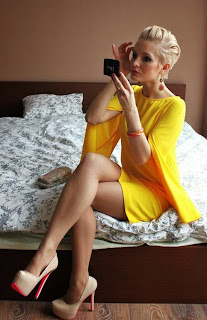 A life can be haunted by what it never was
If that were merely glimpsed.
- Louis MacNeice, ‘Selva Oscura’


As far back as I can remember, my life has been haunted by what it never was. My mother, a fabulous woman but a slave to convention, used to say, ‘What makes you think you’re different?’ And as a child and adolescent I had no answer to that question. I didn’t know what made me different, but I knew that something did. Through my early manhood I pursued the goals I was expected to pursue – dating girls, or at any rate falling romantically in love with them and projecting my unreal expectations onto their unsuspecting shoulders.

Over the years I’ve had several short-term relationships but, when the scene moved to the bedroom, I could never really ‘perform’. Faced with this response, women assumed that I must be gay and either didn’t realise it or was in denial. Was this the thing that made me ‘different’? I didn’t think I was gay because I knew that I was only aroused by the sight of, and by images of, women. Yet when I looked at those pictures (and masturbated over them) my fantasy was not to possess the woman but to be her, to be the sexy creature who could arouse these feelings in a straight man. Likewise, in fantasy, I imagined a penis penetrating me as a woman, but as a man I had no homosexual fantasies about other men.

As I entered my thirties, still hoping to find ‘Ms Right’ but beginning to suspect she wasn’t ‘out there’ at all but ‘in here’, I got seriously into crossdressing. Always in private, it was perhaps an outlet for my aborted sexual desire. This remains my leisure activity of choice. Now, however, it’s less about the clothes – literally so, these days I favour the flimsiest, skimpiest dresses – and more about the body underneath, shaved and moisturised and perfumed.

None of this made any sense until the internet opened up new worlds. Surfing the Net a couple of years ago in search of answers, I stumbled on the term ‘autogynephilia’. Literally meaning ‘love of oneself as a woman’, this term was introduced by Canadian psychologist Ray Blanchard in 1989. He defined it as ‘a male’s propensity to be sexually aroused by the thought of himself as a female’. In his theory, this was a common characteristic of what he called ‘nonhomosexual’ male-to-female transsexuals, and he went on to speculate that these transsexuals’ desire for sex reassignment was directly linked to their ‘autogynephilic’ urge to be female.

Was this me? Well, picking over Blanchard’s ideas with my rationalising ‘male’ brain, I’ve decided there is something to be salvaged from this theory. Just what that is, and where I think he goes wrong, will be a subject for future posts. Jack Molay, a staunch critic of Blanchard, has proposed an alternative concept which he calls ‘crossdreaming’, a looser term that allows room for a wider variety of gender variance, including drag queens, gender queer, and female-to-male transsexuals. I find both terms useful.


This blog will mix description and analysis, celebration and self-doubt, autobiography and a bit of hard theory. I hope you’ll join me for the journey(s).
Posted by Dabrela at 14:38