Losing faith in Professor B 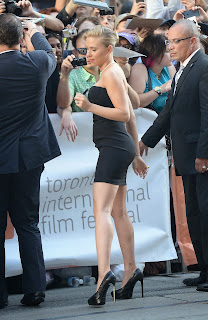 The question one circles round and round is this: what is the relationship between crossdreaming and transsexualism? Crossdreaming may be a symptom of transsexualism – there’s plenty of evidence of that – but there are also crossdreamers who do not identify as transsexual (I number myself among them). So we probably need to uncouple these two concepts – and rid our minds of the suggestion that one is necessarily the cause of the other – before gingerly putting them back together again.

My point of entry to the crossdreamer debate was reading summaries of Professor Blanchard’s work. I found a couple of ideas there which I grabbed hold of and held on to. One was the image of the ‘nonhomosexual’ male who is sexually aroused by the thought of himself as a woman. The other was the suggestion that this troubling state of mind could arise from an ‘erotic target location error’ in early life. The first seemed to describe me, and the second to explain how I had become what I am. I’ll return to the second in a future post; for the moment, a few words about my evolving view of Blanchard, in whom my early faith is faltering.

“Nobody seriously doubts the existence of cross-gender arousal,” Serano goes on. But, as her critique shows, approaches such as his based on crude binary oppositions will never compass the complexities of this issue. Take the matter of sexual orientation. Serano herself is consistently ‘gynephilic’. When she was male-bodied, the outside world would have identified her as ‘heterosexual’, as a married man, but from the off she understood her ‘subconcious sex’ (her term) as female. From that perspective she was a ‘lesbian’ before transition, just as she is a female-bodied lesbian now. This illustrates why dividing transsexuals, as Blanchard does, into ‘homosexual’ and ‘nonhomosexual’ based on their birth sex and then deriving separate aetiologies on that basis, is a bankrupt procedure. His theory also fails to allow for those transsexuals whose sexual orientation changes after transition.

Slowly I came to the belief that the only category to which Blanchard’s thesis might apply is the ‘non-transsexual autogynephile’, the group I felt myself part of.** Only with this group did it seem relevant to categorise their sexual orientation in relation to their birth sex. (Since he is unable to view transwomen as anything but men, Blanchard mistakenly thinks he can apply the same typology of sexual orientation to anyone anywhere on the transsexual spectrum.)

Riffing vaguely on his ideas, I arrived at the notion that my fantasies were contained within an overall heterosexual structure – or perhaps played out on a site of competing heterosexualities. The ‘man’ in me is hetero – he is aroused by the thought and sight of women in the world around him – but his strongest attraction is to an internalised (and probably idealised) woman. This ‘woman’ in me is also hetero: as ‘her’ I’m in fantasy sexual relations with generic, faceless men. The challenge is to turn competition into complementarity: that way lies psychic balance.

Thus the M core can be hetero and the internalised F can be hetero too. What follows is that, unlike M’s hetero desires, which are precisely targeted on F, F’s own imagined hetero desires are much fuzzier in expression – hence the recurrent ‘faceless man’ narrative. It has to be that way, so that F’s ‘desires’ can coexist with M’s without conflict. We may speculate that, in a bisexual, F’s ‘desires’ might fixate on an imagined particular man with a face.

Latterly, I’ve started to question even this legacy of Blanchardism. The subtle philosophers over at Crossdream Life have made me pause at the boundary where ‘non-transsexual’ meets ‘transsexual’ and ask what kind of a frontier it is. Are there border controls? Or is it porous?

If you’re perfectly secure in your belief that your crossdreaming is not a symptom of transsexualism, then, fine and dandy. That point of view – my point of view hitherto – should be respected. But it’s not unreasonable to suggest that a person test that conviction by experiment. Because, sometimes, their assurance is misplaced. Serano has a useful take on this in her book Whipping Girl. For someone in an uncertain state, she says, hormone treatment resolves the uncertainty by confirming a truth about which they were unsure: “I honestly was not 100 per cent sure that transitioning would ease my gender dissonance until after my first few weeks of being on female hormones. The way they made me feel, and the subsequent changes they brought about in my body, just felt... right.” My guess is that, while the hormones might artificially stimulate transgender feelings, if those feelings weren't “right”, you'd end up with even greater “gender dissonance” than you had at the outset. If your non-TS status is secure, then no amount of oestrogen is going to make you into something you are not.

*‘The case against autogynephilia’, International Journal of Transgenderism, 12 (2010), 176-187 [available on her website at www.juliaserano.com]. See also the chapter ‘Pathological science: debunking sexological and sociological models of transgenderism’ in her book Whipping Girl: A Transsexual Woman on Sexism and the Scapegoating of Femininity (2007).
**The term is used by Blanchard’s disciple Anne Lawrence in her book Men Trapped in Men’s Bodies: Narratives of Autogynephilic Transsexualism (2013). Although she devotes a separate chapter to this group, I can’t for the life of me see how they differ from the ‘transsexual autogynephiles’ who form her main subject. Indeed, the similarities are her stated reason for including them.
Posted by Dabrela at 21:31