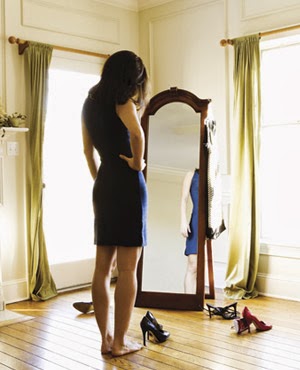 Lewis Carroll’s Alice is trying to persuade Kitty to imitate the Red Queen in the chess set:

…however, the thing didn’t succeed, principally, Alice said, because the kitten wouldn’t fold its arms properly. So, to punish it, she held it up to the Looking-glass, that it might see how sulky it was ‘- and if you’re not good directly,’ she added, ‘I’ll put you through into Looking-glass House. How would you like that?’

Standing, or more often sitting, in front of the mirror, I ask myself the same question. How would I like it in Looking-glass House? Once upon a time – to use the storyteller’s cliché - I’d have confidently answered, ‘Very well, thank you.’ Twenty-five years ago, when I first got into cross-dressing, the clothes were an end in themselves. The pleasures came from the tightness of the clothing and from catching my reflection in the mirror. Now, the clothes are a means to an end, little more than a prop. The present journey starts from the unclothed body, and I add only those few elements that will enhance the realism of the illusion without the mind losing tactile awareness of the ‘female’ body underneath the clothes. It is, in essence, a transformation fantasy. (Whether the fantasy itself has become ‘hypersexualized’, as some might suggest, is a moot point.) The transformation doesn’t involve ‘forced feminization’ but is voluntarily undertaken, for I see it as a route to plumbing a deeper, more intense state of being.

Grappling with this problem, I discern three stations, or levels, of self-perception:

1) Without use of a mirror, I ‘feminise’ the body. Wig and heels are essential but not other clothes. Looking down at as much of my body as I can see, I’m stimulated visually. Feeling hair fall down my back and touching it, running fingertips over dolphin-smooth skin, brings tactile stimulation. At this level, subject and object are in closest alignment.

2) I look at myself or act out scenes in mirrors. The mirror starts to turn me into an object. Now I see all of myself, moving in synch with my mind, and perspectives I can’t achieve without it. But it also adds a risk. I see a face which is inescapably male (and I seem reluctant to do the full make-up that would minimise that risk).

3) I take photographs or videos. This is the furthest step in disembodiment, in the separation of subject from object. I have photos (face obscured by hair or camera) where I hardly recognise myself, seeing only a young woman. This is arousing. But again it adds a risk. At levels 1 and 2, I dispense with my normal specs, so that to the myopic eye everything appears slightly and flatteringly out-of-focus. The camera, however, does not lie: it reveals, unless I avoid close-up, the imperfections of a middle-aged body.

Are they three vantage points, offering a panoptic view when alternated? Or are they, as I’ve presented them here, three stages in a ‘journey’? And if so, a journey in which direction – from 1 to 3 or from 3 to 1?

Moving from level 1 to level 2 is curious. You look up from your lower body to the mirror and there’s a judder of misperception – the person you see in the mirror isn’t quite the person you were feeling like seconds before. The problem at level 2 is the face, which remains recognisably my face more than the rest of the body is recognisably mine. You can try to break down this stubbornness, to defamiliarise the face, with makeup or by concealing it with hair, but the level 2 response may be a psychic defence. Just as her imagined lovers are faceless men, so when I project myself into her, she lacks a defined face. I speculated earlier that the ‘faceless man’ phenomenon is a form of self-protection. The imagined femme is hetero. To bring her to life I imagine her in a variety of realistic situations, including intimate scenes with men; but they are of necessity men without faces, because if they were vividly characterised, this would create conflict with my primary sexual orientation. The fact that she is more convincing when faceless suggests that she, too, is protected by a similar psychic mechanism. There must be walls in the mind preventing a lapse into schizophrenia or ‘multiple personality syndrome’.

I used to believe that the mirror was necessary to complete the illusion; now I suspect the looking-glass may subtract more than it adds.


Postscript 2. Marina Warner eloquently describes the downside of what I have here called ‘level 2’:


Because the face, and most especially the eyes, cannot look at themselves except in reflection, reflections in the glass conflate self as subject and self as object into an insoluble enigma, as the myth of Narcissus so powerfully (and piteously) dramatizes. For while the self appears detached and bounded in the mirror, any move or gesture changes the image accordingly, through that indissoluble twinship that makes Ovid’s Narcissus cry out in agony when he cannot reach his beloved alter. This extreme doubling turns the field of the visible into an extension of the beholder: a state akin to extreme delusion and mental disturbance. [Phantasmagoria: Spirit Visions, Metaphors, and Media into the Twenty-first Century (2006), p173]
Posted by Dabrela at 12:04 2 comments:

A prayer of transformation 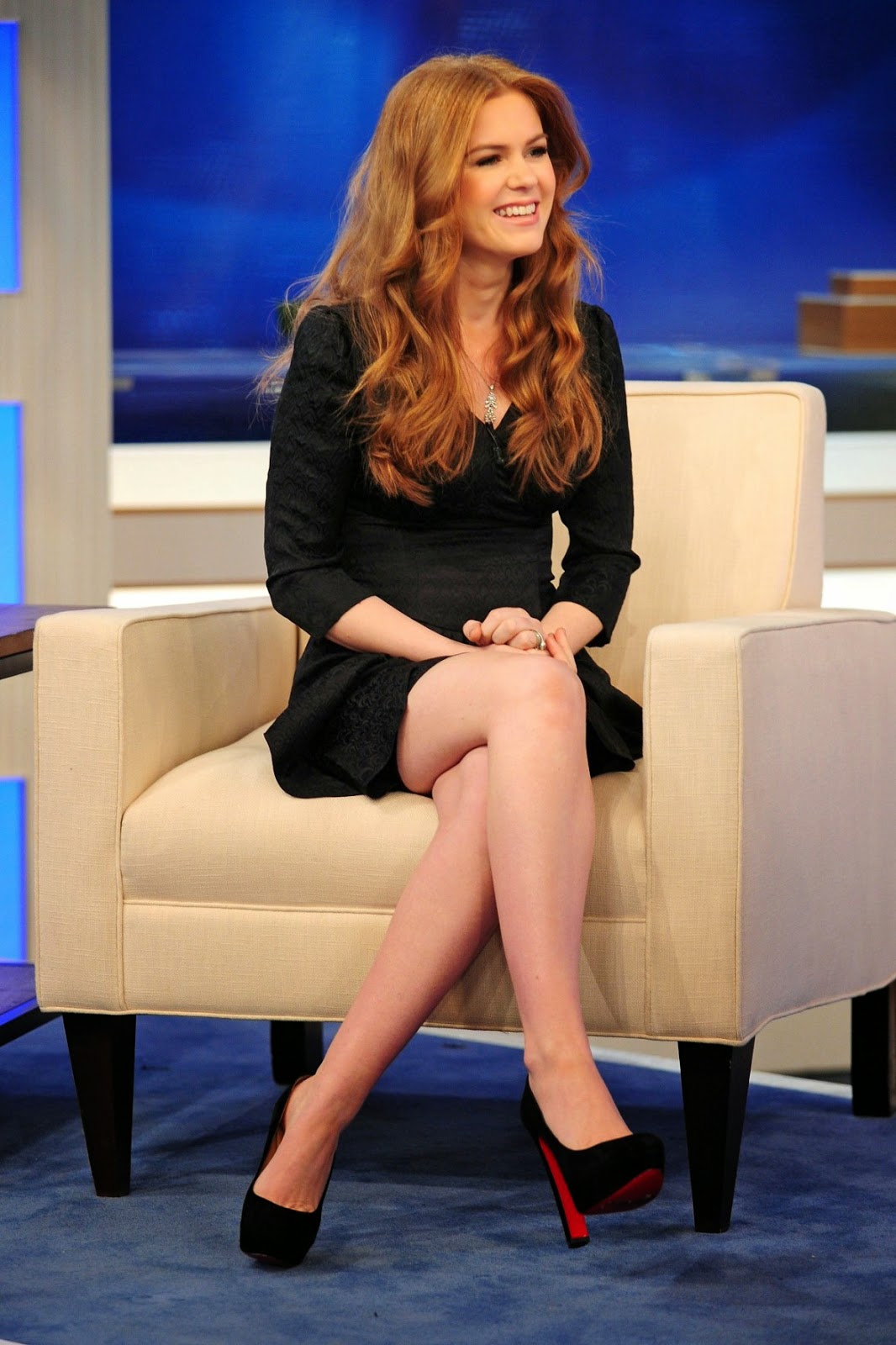 Isla Fisher: smiling all over

New Year. Time of new beginnings. I’m running my hands over my body while repeating, “I’m a girl! I’m a beautiful, sexy girl! Please, God, make me a girl!”

It’s a prayer, a prayer of transformation. “Please, God, make me a girl.” Somehow the statement of ‘fact’ doesn’t work (“I am a girl”), even when intoned like a mantra – for this is about wish-fulfilment through transformation fantasy. It’s a direction of travel; the destination is unattainable. Remember Susan Stryker’s description of transgenderism as a “movement across a socially imposed boundary away from an unchosen starting place”.*

I wish I could say it: “I am a girl”. But I’m not there yet. Perhaps I never will be. Some crossdreamers see the gender of their ‘inner selves’ as being female, as if through crossdreams they’re recovering a state of rightful being; for me it’s more about becoming.

I smile involuntarily at the touch of my body. Or I will myself to smile, knowing that it triggers endorphin release. The actress takes her seat opposite the talk show host, adjusts her dress, crosses her shapely legs – as if her whole body is ‘smiling’. I am her. The soprano steps out onto the stage at the start of a recital; smiles at the audience to lift her confidence. Sometimes I am her too.

While reciting the prayer I’d like to be able to cry. Her personality is the opposite of mine in so many respects. She is emotional, and the emotion often comes out in tears. My tear ducts were blocked in late childhood (when, like every brave soldier, I was told that “boys don’t cry”). If I could undam them, it would be a breakthrough to the other side, regardless of what the tears express – joy that the illusion is so convincing, frustration that the illusion is so fleeting. How does one induce tears? I know actors use several tricks: they prevent themselves from blinking, so that their eyes water; they screw up the features into a ‘crying’ face; they put Vick’s vapour rub under the eyes. If the tears flow, will the emotion flow in their wake?

So perhaps there are two stages to breakthrough? First, I smile. Then I cry. Crying is the bridge, for it begins with the cry of frustration and morphs into the cry of happiness when you land, however, temporarily, on the other side.

“Please, God, make me a girl.” What’s God got to do with it? you ask. Call me superstitious, but I still have a soft spot for the old boy (or girl).  “Time and again,” writes Richard Dawkins, “my theologian friends returned to the point that there had to be a reason why there is something rather than nothing.” Yes, the great god-basher agrees, but the First Cause must have been something simple, not “a being capable of designing the universe and of talking to a million people simultaneously”.** Well, I hope my simple deity is listening, amid the million other clamouring  voices, to this simple prayer: “Please, God, make me a girl.”