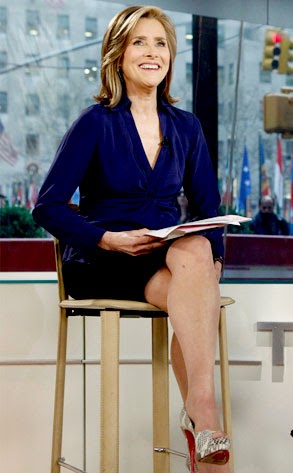 My psychic economy seems to grow more complicated by the week. First there was the inner hottie, whom I fear to name. Then we met Dabrela, an intermediate being, like an angel. Now a third character has appeared – a projection of a possible post-transition self, named by adding an ‘-a’ to my given male name. As she promises to be so much more than a suffix, let’s capitalise her and call her ‘A’. She’s almost a practical possibility, judging by her image in the mirror, so if I felt the urge I would take her out to see if she’d ‘pass’. But I feel no impulse to do so, which suggests I’m neither the crossdresser who craves public acceptance nor the transsexual who feels his true essence is female and is driven to appropriate gender expression through clothing. For me, the whole shebang reduces to erotic fantasy. That’s the driver. And I try to give it respectability, and justify the amount of time spent on it, by 1) dressing it up (excuse the pun) as an alternative, self-referential sexual orientation (another of Blanchard’s theories, as it happens) 2) intellectualizing it and writing up the results (as witness, this blog).

The compensation, if picturing myself as a well-preserved, young-at-heart, 50-something single woman, is that it could be the ‘real’ me, rather than the fantasy. I would lose the masturbatory thrill of projecting a ‘hot babe’; I would gain the authenticity of feeling closer to my pre-existing self. It might be worth a try, because ever since I began serious crossdressing in the late Eighties, the recurrent handicap has been my lack of a sustaining fantasy once I’m ‘in character’. If the goal was to ‘be’ myself, rather than to ‘become’ someone else, I wouldn’t need a fantasy narrative.

At first, the experiment only confirmed what I already knew anyway: that crossdressing is purely sexual for me; it’s not about ‘feeling comfortable’ or expressing a day-to-day female persona, it’s about striving to give body to my internalised femme by wearing the clothes that my male self finds sexy. So it’s essentially fetishism, except that the concomitant fantasies can sustain even when most (or all?) of the fetish items have been stripped away. And the trend with me in recent years has been to minimise the clothing and enhance the ‘feminised’ body underneath. Instead of being a man pretending to be a shop mannequin on to whom layers of clothes are laid which add up to a convincing simulacrum when viewed in the mirror, I now start from identification with a homogenized and perfected female body ideal, which I can simulate very approximately with my own body by putting it through the same regime of shaving, laving and perfuming. I then enhance the realism by adding a minimum of ‘sexy’ clothing – nothing that is not soft and sensual against the skin, and never so much of it as to lose a sense of the naked body underneath the clothes.

Actually, to be accurate, the experiment didn’t turn out quite as expected. I dug out some clothes I hadn’t worn for a decade or more, sober but elegant stuff that seemed age-appropriate for ‘A’: blouse, jacket, knee-length pencil skirt, sheer nude pantyhose, medium heels. The immediate effect was negligible: I felt I was wearing a lot of layers of tight, uncomfortable clothing over my male body; I got none of that sensuality of the feminised body I’d come to associate with what, in an earlier post, I dubbed ‘level 1’. Then I fetched the mirror. The effect was a surprise: I found I was looking at a not unconvincing ‘woman’ of indeterminate age. If not immediately ‘passable’ (she’d need several coats of slap on that face), she was a realistic prototype of a post-transition me. The sight wasn’t sexually arousing in the way that my fantasy femme’s recent incarnations have been, but it showed that ‘A’ has a potential existence alongside my younger projection, an existence I hadn’t reckoned with hitherto.

Here’s the rub. When I put on full rig-out, it looks convincing, so there’s a visual pleasure when I look in the mirror of a simulated femaleness. But it doesn’t feel female – probably because there’s no sensation of contact with a ‘female’ body underneath. The paradox remains that creating a more ‘realistic’ look (tights, sensible skirt, etc) doesn’t lead to a greater sense of embodiment. On the contrary, the maximum sense of embodiment arises from wearing the absolute minimum: a long swishy wig, skyscraper heels and nothing else. This is a change in recent years. Twenty years ago the erotic buzz I got from crossdressing came from the constriction of the garments. Now I want none of that; I want the opposite. I crave a feeling of looseness, freedom from constraint, minimal clothing, that allows me to remain aware of the body beneath. Tights or stockings, which used to be the centrepiece of my crossdressing sessions, I now find uncomfortable (with no compensating thrills) and totally unerotic. It’s as if the clothes, instead of expressing my inner femme, are imprisoning her.

The transvestite, I suspect, constructs his female from the outside in. The transsexual is not a construct but an outflowing from inside to out. (Helen Boyd, author of My Husband Betty, has an oft-quoted maxim that crossdressers don’t want to be like women; they want to be like men think women are.) I wonder, though, have I engineered my movement along the Harry Benjamin scale by taking substances (phytoestrogens)? If it was a natural progression, why was it delayed until my fifties? (Perhaps because I was practising what Jaimie Veale calls ‘identity defence’?) Somehow I still doubt that the femme I’m presenting is any more than a construct. If she were a projection of my alternative, or inner, self, she’d be the same age as me – right? As it is, she remains the age she always has been: 20-something. Perhaps the only difference now – and this is what makes it feel more ‘authentic’ – is that the materials I work with have changed. Now the work of ‘construction’ is done not so much with clothes as with the body itself.

So then I came up with another thought-experiment…

Suppose I think of my youthful, sexy incarnation as a kind of spirit-guide. She leads me back to an avatar of myself, then back to full female ensembles. I imagine her, for some occasion, adopting her most conservative outfit. Perhaps for a funeral, perhaps a job interview with some less-than-trendy employer. So she plays safe fashion-wise: fitted jacket, knee-length skirt, black tights. When I put that outfit on, I think: ‘A’ could wear this, sober without being frumpy. So is this internalised young woman guiding me to my true self? It’s as if she, a stylish young woman, is giving advice to a young-at-heart 50-something. As if my fantasy femme is an organism that keeps dividing. Or, to change the simile, as if she were one of those Russian dolls, where I must keep removing a smaller doll nested inside a larger one; eventually I’ll reach the core, which may turn out to be a transsexual self that, until about a year ago, I never suspected was there.  (Carl Jung, or one of his disciples, talks somewhere about ‘anima possession’, where unresolved emotional issues can lead to the anima taking over the personality, if the patient hasn’t sufficiently individuated and integrated those qualities into the ego.)

All of this suggests a plan for the coming months. First, I incubate the older (‘real’) woman out of the younger (‘fantasy’) one. When I’ve accomplished this, I incorporate the younger within me, rather as we carry our younger selves within our older bodies. The aim is to narrow the gap between the younger and the older until they merge in 2016.

Is that even possible – one persona incubating another? The younger somehow bringing into being the older. And if the younger is the brainchild of my male brain, then is ‘Dabrela’ her ‘brainmother’? If so, Dabrela may indeed fulfil the intermediary role I assigned her last year, by midwiving the sensible middle-aged ‘A’ out of the young and promiscuous brainbabe. I resolve to start collecting pictures and videos of glamorous 60-year-olds to provide inspiration. Here’s one to start me off: American journalist and TV presenter Meredith Vieira.