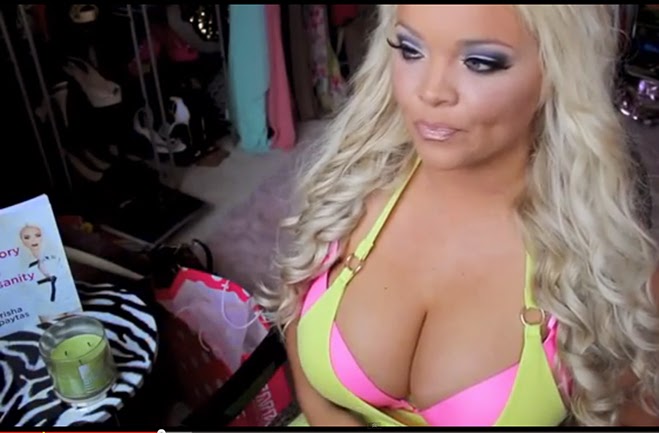 Trisha Paytas: there are some women I don't dream of being

What could we call it? Something like ‘crossdreamer-variant heterosexuality’ (CVH)?

It’s a notion that Blanchard himself doesn’t seem to have run with. His disciple Anne Lawrence is one of the few to have picked up the ball. In her 2007 article  ‘Becoming What We Love’, she goes back to Blanchard’s earliest attempts to define ‘autogynephilia’, teasing out his use of phrases like ‘amatory propensity’ and ‘love of oneself as a woman’, to argue that it’s about much more than sexual arousal and can be more akin to romantic love. She also suggests describing it as an ‘erotic-romantic orientation’ rather than a ‘sexual orientation’. I like that article (more than I like her other writings) but it still has a whiff of special pleading about it, a determination to salvage The Theory at all costs.

Admittedly, I haven’t read Bem’s original work, but judging by the summary, I cannot remotely relate it to my own experience. The assumption is that children operate in a free social market where they can choose their playmates. If, like me, you have no sisters and were packed off to single-sex schooling from the age of seven to be apprenticed in manhood, then you barely encountered girls of your own age. Yes, they became ‘exotic’ as a result, and that was alluring, but how you responded to the exotic stimulus at puberty would depend on your personality type. An outgoing personality would seek out every opportunity to find girls and date them. The painfully shy type, however strong his attraction to the opposite sex, would retreat into himself, perhaps idealising and internalising the boy-girl relationship in some ‘autogynephilic’ fantasy. And, if sexual orientation were in effect a result of childhood conditioning, then it begs the question whether a homosexual inclination could be undone through re-conditioning – the goal of misguided religious fanatics who offer ‘gay cures’.

If I were born again with the same innate propensity but different childhood experiences, would my crossdreaming take a different form, or even not manifest itself at all? As it is, upbringing, education, family circumstance conspired to leave me free to develop, in my formative years, a kind of autoerotic sexuality that was untempered by encounter or experience with girls of my own age – an orientation to which I may already have been predisposed by antenatal influence. If my childhood and adolescence had been different, who knows how I’d have turned out?

As ever, more questions than answers… (Perhaps this is one for people’s philosopher Trisha Paytas, when she’s solved the problem of whether dogs have brains?)

I see two ways through this thicket. One is to posit that we’re all born with a potential bisexual orientation. The majority of people grow up inclined exclusively to one sex or the other as romantic and sexual partners. A minority fluctuate in their choice of partners – a girlfriend is succeeded by a boyfriend, or vice-versa – giving rise to an impression, in the world’s eyes at least, that their sexuality has ‘changed’, when in fact they are simply living out their bisexuality. The alternative explanation is one I’ve already alluded to on this blog. Is it fanciful to suggest that one’s sexual orientation remains static but one’s gender is fluid? That’s almost how it feels to me. As if I were a bi-gender personality built around a heterosexual armature. When the male persona is dominant (as it has been for much of the last forty years), my attraction is to women; when my female self asserts herself (as she has done vigorously in recent years), her attraction is to men.

AA Lawrence, ‘Becoming what we love: autogynephilic transsexualism conceptualized as an expression of romantic love’, Perspectives in Biology and Medicine 50 (4), 2007, 506–520