I love actresses. It’s one of the ways in which my own crossdreaming finds an outlet. I collect images off the internet, run them as a slideshow and let them wash over me, merging into a composite mental image of the woman I dream of being. Actresses in ‘red carpet’ appearances are a particular favourite: film premieres provide a rich source. In fact, I feel that mtf crossdreamers may have a special affinity for actresses: they are, after all, in the transformation business, reinventing themselves as different characters through speech, dress and make-up, or simply through imaginative and empathetic insight, rather as we must do in our search for our authentic selves.


For this transgenderist, the actress is thus the perfect woman to aspire to, someone who is comfortable in her skin. Yes, she probably has the insecurities about her body that most women have, preferring one feature over another, wishing some part were other than it is. But the body is the essential tool of her trade. She isn’t necessarily an extravert or an exhibitionist, though many actresses are. She may at core be shy and use the actor’s masks to lift her self-esteem. But either way she has grown used to being looked at, used to being photographed and filmed, and if she didn’t have confidence when she stepped out of the limo into a blizzard of flash bulbs, she will have found it by the time she’s worked the crowd, answered the reporters’ inane questions and disappeared into the movie theatre.

Last week brought a flurry of pictures from the Toronto International Film Festival. For some reason, images of Anna Kendrick called to me very strongly. Whether it was the pitch-perfect legs (I’m a sucker for legs, as regular readers may have gleaned), the elegant heels, the cascading hair or that gorgeous little dress (‘to die for’, as the fashionistas say) I wanted so badly to be her it hurt: 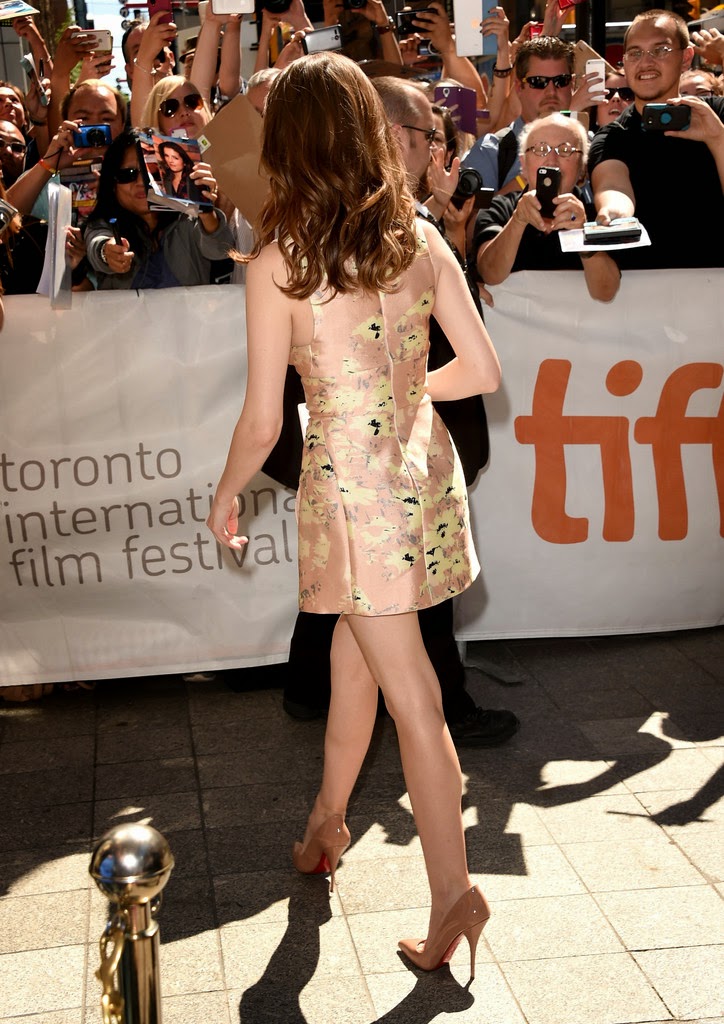 There are beautiful, sexy actresses, and there are damn good practitioners of the acting craft. Sometimes these qualities come together in one person; sometimes they don’t. There’s no necessary correlation, but when they do the effect is explosive. Ladies and gentlemen, I give you Ingrid Bergman: 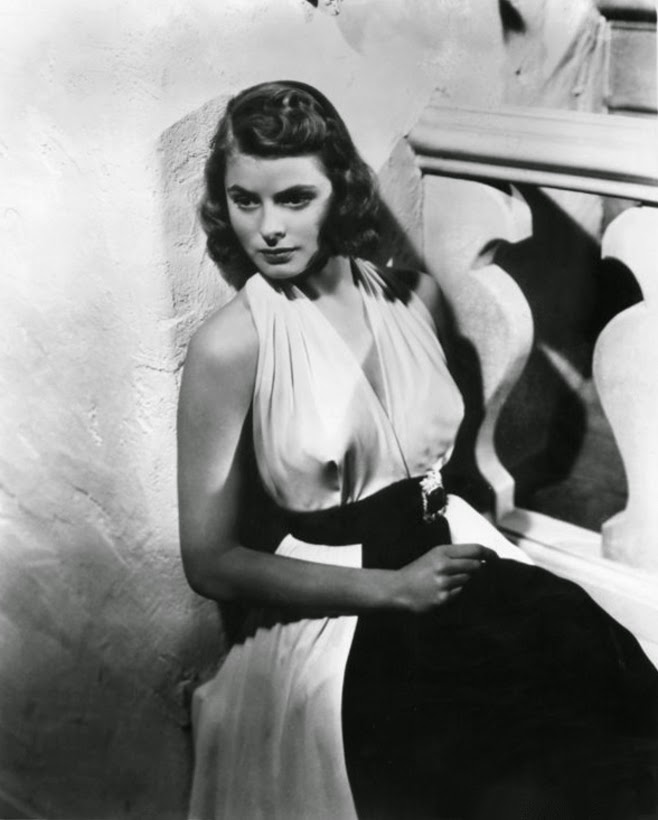 None of our contemporaries can match the smouldering glamour of Hollywood’s leading ladies in its golden age, but there are numerous young actresses out there with enviable, toned bodies and sharp minds. One random example: the lovely Englishwoman Gemma Arterton, who has been a Bond girl on film, a Thomas Hardy heroine on TV and a blood-spattered Duchess of Malfi on stage. And she’s still only 28: 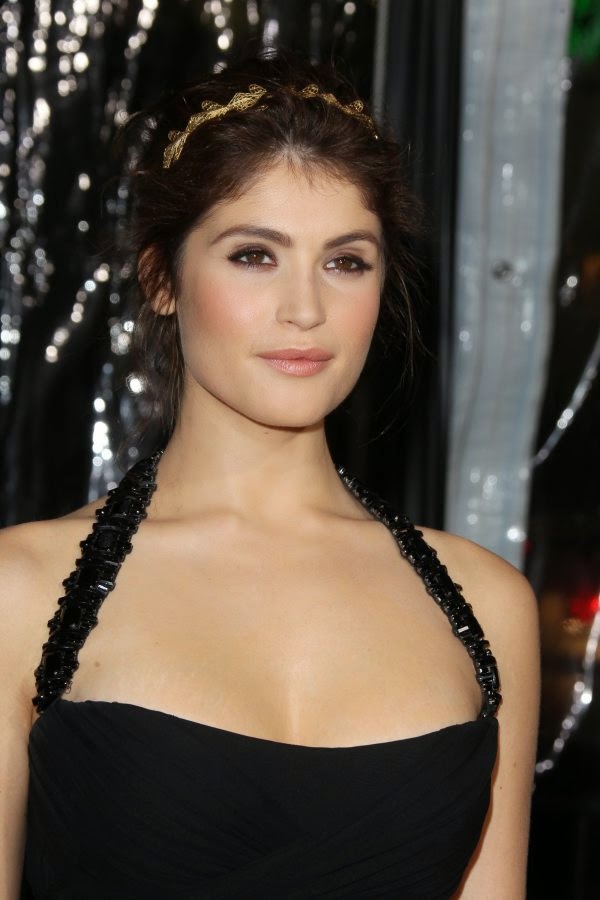 Among actors no approach is more extreme than the ‘Method’. First developed by Stanislavski in pre-revolutionary Russia, it was adapted in America by Lee Strasberg. Strasberg’s method emphasised the practice of connecting to a character by drawing on personal emotions and memories, aided by a set of exercises and practices including sense memory and ‘affective’ memory. (The latter was defined as the ability to call up details from a similar situation or a situation with similar emotional import to those of their characters.) Through his students, who included Jane Fonda and Marilyn Monroe, these ideas have exerted enormous influence, on film acting in particular. Another Method actress, Stella Adler, broke with Strasberg, holding that for an actor to draw on personal experience alone was too limited.  As a teacher, she urged performers to draw on their imaginations and utilise ‘emotional memory’ to the fullest. Notoriously, Method actors sometimes immerse themselves so completely in a character that they continue to portray their character off-stage or off-camera for the duration of the project.

Is there some way that I can apply these techniques to my emerging trans identity?

In my case – that of a male-bodied 50-something – I’ve been possessed by the spirit of a 24-year-old woman. (Don’t ask where the precise age come from – I’m not sure myself!) Carl Jung would perhaps say she’s my ‘anima’. As a man, I carry my 24-year-old self with me still. I’m the same person thirty years on, the composite of all my earlier selves, including that one. If I were a cis female in her fifties, then my 24-year-old self would be inside me likewise. So, in the search for a convincing realisation of my trans identity, the challenge seems to be either to give public expression to this younger unlived female self or in some other way to incorporate her into the older woman who more closely maps onto my chronological age and life experiences. Memory and imagination must be engaged if I am to make this role my own.

Last year in London I was lucky enough to see The Audience, the stage play in which Dame Helen Mirren – another actress who combines sexiness with technical skill – reprised her role as the Queen in a series of tableaux representing the monarch’s weekly meetings with successive prime ministers. In the earliest scene (with Winston Churchill in 1952) Mirren played the soon-to-be crowned Elizabeth at age 25. In the latest (with David Cameron), she was, aged 86, the more recognisable figure of today. With no time on stage for the prostheses of the film-maker’s art and only a New Look gown to suggest a girlish figure, Mirren had to conjure the young queen out of her own 67-year-old body. I see the production is bound for Broadway next February. Watch and learn, crossdreamers: this is how it is done.

Pictures of La Mirren as the crusty old Windsor are hardly likely to set the heart a-leaping, so here, to conclude, is one of her taken in the late 1960s. She would have been about 24. A very good age: 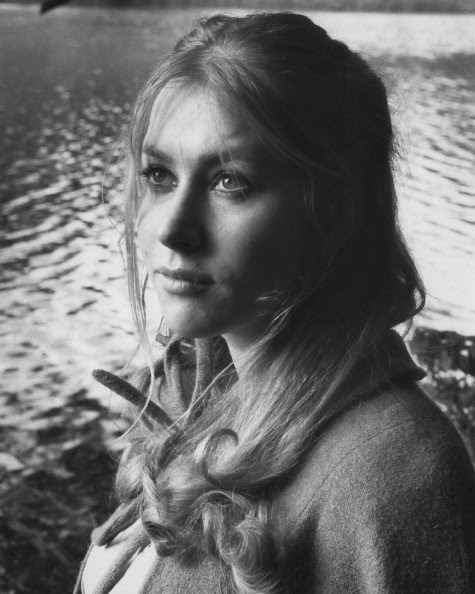