Where now for Glamourpuss? 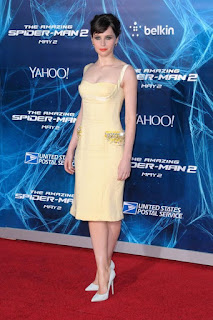 Felicity Jones: Glamourpuss with a degree from Oxford?

At the end of last year I described how I was ‘standing at the door’, poised on the threshold. What, gentle reader, you may ask, has happened since? The internet is a seducer. I had spent the previous year reading everything I could find on ‘crossdreaming’. I joined several online support groups and discussion forums. And the more time I spent on these sites the more convinced I became that the answer to my self-questioning lay in transition. I booked a couple of sessions with a therapist. He charged through the nose and, I’m tempted to say, talked through his arse. Well, that’s not quite fair – he radiated sweet reasonableness amid the soft furnishings of his consulting room, but he didn’t tell me anything that I hadn’t worked out for myself. I returned to the seductive wiles of the online world: a cheaper option. Siren voices (hiding behind pseudonyms) spoke of the colourful life that was mine for the taking if I grasped the nettle of self-actualisation. Usually, this seemed to involve rebuilding one’s body in some way.

Yes, the cybernaut can easily drown. Did I stand firm, like Ulysses strapped to the mast? Did I heck. But I did find an e-book, by Felix Conrad, that kept me afloat, and I commend it to your attention.* Felix is a ‘life-coach’ who has written a self-help manual for those of us with moderate gender dysphoria. He sees that ‘spending a lot of time on trans-related websites can make a crossdreamer see the path of transition as easier than it is’. His alternative, which he calls ‘fusion’, is to integrate the ‘deeper female self’ into your existing male body and celebrate what you are. What you are is transgender, or as he prefers to call it ‘consummate’, not burdened with a ‘disorder’ but blessed with a ‘gift’. For ‘those who seek to reconcile both their male and female nature without medication or surgery’, there is sound common sense between these pages.

Normally, I’d shy away from self-styled ‘life-coaches’, but I was hooked by his approach because I found ideas that I had arrived at independently (witness earlier posts in this blog) were mirrored in his own writing. I’ve complained here of my frustration with a female self who monopolises my free time, of a frivolous young woman preoccupied with clothes and body-image. Felix calls this character ‘Glamourpuss’. She is the ‘superficial female self’ who ‘hijacks a call to action by the deeper female self’. When that deeper self seeks assimilation, the crossdreamer thinks, under Glamourpuss’s malign influence, that this means ‘permanent union with the visible signs of womanhood that he believes define a woman’. However, although there are defences against her, there’s no shifting Glamourpuss ‘because she’s seated in your sexuality and your sexuality is a component of your being’. She’s ‘like family’. And here I find another striking correspondence. He compares the experience to ‘having a wild daughter you have to keep in check’. In my self-investigations, that simile is literalised: I imagine this turbulent female presence who shares some of my DNA as the daughter I never had.

When standing at the door, Felix implies, we should apply the ‘happiness test’. Will transition make me happier? He clearly tabulates the pros and cons. Likewise the barriers to ‘passing’ are set out, with a list of physical differences between male and female anatomy that remind one of the obstacles facing the transwoman on her journey. All this is well said.

I have reservations, though. Felix has invented a new term, ‘femephilia’, to describe the sexual drive towards cross-gender behaviour. I find the word inelegant but I understand the motive behind its creation: to salvage the descriptive function of the term ‘autogynephilia’ while divesting it of its toxic baggage.

I also struggle a little with the notion of a ‘deeper female self’, a term used repeatedly in the book but not systematically defined.  Sometimes manifesting as a ‘guardian angel’, she represents ‘all female behaviours, ideas, tastes, which are not sexual’. Elsewhere Felix has endorsed a ‘Unified Transgender Theory’, and I guess the ‘deeper female self’ equates to the ‘gender core’, an idea which is developed in this Unified Theory.** If Glamourpuss was all about the body, the deeper self is a state of mind. But maybe this is opening up dichotomies where they were better avoided? The suspicion creeps in that the whole edifice rests on a mind/body dualism, not to mention a form of gender essentialism.  An alternative hypothesis might be that the ‘gender core’ isn’t exclusively one gender or the other. Suppose it was 75% female and 25% male. If you had a male body, for much of your life the minority core could coexist with the outward body, but then at some midlife crisis point the majority female core might burst through; but the minority male core would still be there, reinforced by a lifetime of outward habit.

What’s for sure is that gendering the brain is a hell of a lot harder than sexing the body. I like Felix’s idea that there is no such thing as ‘cross gender arousal’ – only what outward observers fail to recognise as the ‘sensuality of true gender’.*** But how to account for the ‘femephiliac’s’ experience of masturbation? What’s the relationship between mind and body (for we know that both are involved in sexual pleasure)? Rendered virtually impotent by phytoestrogens, a crossdreamer tucks his diminished penis between his legs, closes his eyes and imagines vividly that what’s between his legs is a vagina. He gets mentally aroused by that action and can even proceed to orgasm. But that physical reaction is coming from his residual male equipment. The sense of arousal in the brain and the sense of arousal in the groin are two interrelated processes. The ‘gender core’ is a product of the brain – and that may well be female – but at the same time the brain is instructing the crossdreamer’s male-bodied groin to feel aroused. There may even be a feedback loop – the brain instructs the groin and then, in turn, the physical reaction in the groin triggers a mental reaction. So where there’s a mismatch between gender core and physical sex, a gap opens up allowing what feels like a sense of heterosexual attraction to one’s own feminised body.

Still, reservations aside, Felix Conrad has made an important contribution to transgender studies and, at a practical level, he has persuaded this crossdreamer to pull back from actions he might live to regret. I salute him.