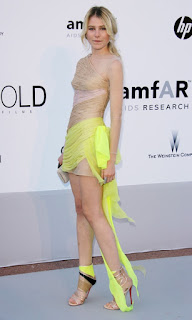 Transsexuals tend to possess a high degree of artistic and general creative ability. On that point the pundits seem agreed, and it’s music to my ears. To liberate creativity I need to relocate my ‘deeper female self’. Latterly I’ve been trying to find that self by outwardly transforming the body and appearance; and yet the state that I enter as a result is antithetical to any ‘creative’ work other than impersonation and performance. Unless self-invention is as valid a form of creativity as literary endeavour, it simply won’t do.

Something is askew. My channels of creativity have been blocked since I was in my twenties. Is that because I resolved, as many a gender dysphoric male before me, to use outward appearance to ‘pass’ effortlessly as a ‘man’? Was I always a transwoman who took the easy option? And how does that relate to creativity? Looking back, I think that anxiety about gender identity when I was younger may actually have stifled creativity. Unable to recognise it for what it was – we’re talking about less enlightened times and a less self-knowing me – I perceived only a miasma that choked me: the recourse of reason was to run from under it.

Some artists may canalise their creativity to conceal gender dissonance. Hemingway is often cited as the archetype of the macho prose stylist:

Ernest Hemingway would have died rather than get old. And he did. He shot himself. A short sentence. Anything rather than a long sentence, a life sentence. Death sentences are short and very, very manly. Life sentences aren’t. They go on and on, all full of syntax and qualifying clauses and confusing references and getting old.*

This is handsomely put but obscures the evidence, especially from his unfinished novel The Garden of Eden, that the old bruiser was an active ‘crossdreamer’ with gender issues a-plenty. (Watch out for Jack Molay's forthcoming post on this topic.)

More typically, an artist will harness, as I was unable to do when I hit my ‘block’ all those years ago, their crossdreaming to the wagon of self-expression. Freud speculated when writing about Leonardo da Vinci that creative people possess greater cross-sex identification than others. Coleridge said that a great mind has to be “androgynous”.** Virginia Woolf developed the idea in her classic essay of 1928, A Room of One’s Own, where she asserted that to be an ideal writer, one ought to be

woman-manly or man-womanly… Some collaboration has to take place in the mind between the woman and the man before the art of creation can be accomplished. Some marriage of opposites has to be consummated.

She glossed Coleridge as meaning that the “androgynous mind” is a mind resistant to gender distinction:

He meant, perhaps, that the androgynous mind is resonant and porous; that it transmits emotion without impediment; that it is naturally creative, incandescent, and undivided.

In her essay, Woolf praised a number of famous “androgynous” writers, including Shakespeare, Keats, Sterne, Cowper, Lamb, and Coleridge himself. She was unsure, however, of the soundness of Milton and Jonson, Wordsworth and Tolstoy, saying that they had “a dash too much of the male”, and Proust, since he was “a little too much of a woman.”

Anyone brought up, like me, in the slipstream of the Women’s Movement of the 1970s is schooled to be suspicious of such efforts to ‘gender’ the brain. But the anecdotal, if not the empirical evidence, is so strong that it’s hard to resist. I used to be friends with a talented violinist. Her repertoire was dominated by Johannes Brahms. I once said to her, “You play a lot of Brahms, never Beethoven. Why is that?” Her reply came clearly from the heart, not from any feminist textbook: “Because Brahms is a female composer. Beethoven feels so male.”

So what is to become of me?

“For now we see through a glass, darkly; but then face to face: now I know in part; but then shall I know even as also I am known.” Those beautiful words from the Bible (1 Corinthians 13:12) have always moved me, though I’d scarcely call myself a believer. They speak even to the secular, even to the God-forsaken obsessing over self-realisation, to describe a hoped-for epiphany at some point in the future: a knowledge which is both active and reflexive. Hitherto I saw only a dim reflection of reality. If and when my creativity is set free, I shall see “face to face”.