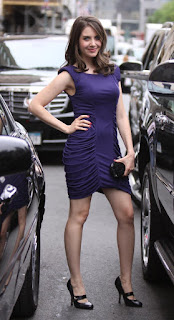 I haven’t seen the new movie How To Be Single. It sounds like a gas, though. According to the review I read, Alison Brie’s character wants to get married but has been turned into a gibbering wreck by her quest to please men. In one scene she tells a group of tots how hard it is to live up to the feminine ideal. ‘Hair!’ she yells, ‘You’re supposed to have lots of it on your head but none anywhere else!’ They haven’t a clue what she’s talking about but most women in the audience will.

How to be single, in my own peculiar way – that’s the topic of this post.

Am I peculiar, for a start? Reading online accounts from fellow middle-aged crossdreamers and corresponding with two or three, I notice characteristics common to them and not to me. Typically, they’re married, sometimes with children. Their lives have followed (outwardly, at least) the arc of expectation of what regular guys do. Mine is different. I’ve never married, nor seriously contemplated it – because something was getting in the way. I enjoyed other people’s company, but after several days in close proximity to another body I’d think: When are they going? As for sex, I was interested in it in the abstract, enjoyed reading about it, watching it on screen – I found the thought of it arousing – but when opportunities arose with real women, my interest flagged.

There’s plenty of evidence out there that, sometimes, the male-bodied transperson will ‘go through the motions’: marry, have a family, maybe go further by opting for traditional ‘macho’ occupations. It’s surely no coincidence that not a few transwomen voluntarily join the military when younger. What are their motives? Concealing something from themselves or from the outside world? Attempting a ‘cure’ by plunging with enthusiasm into the lives that ‘normal’ men lead, like ‘swimmers into cleanness leaping’? My way was otherwise. Knowing something was ‘wrong’ but not what it was, and constitutionally committed to honesty-to-self, I couldn’t do anything I didn’t believe in. That said, I did once propose marriage to a girl; but she knew it for what it was, a lavender proposal, and rightly turned me down.

None of the above is meant to cast aspersions on the marriages that crossdressers and crossdreamers enter into. I’m sure they are happy and I envy them. Particularly, I envy those with wonderful, understanding wives who tolerate and accommodate their husbands’ unusual quirks and inclinations. I say only that I can’t do it myself. Like Frankenstein’s monster, I must beg my creator to make another like me – perhaps an FTM crossdreamer. (I think I was close to one once, but mistaking her tomboyishness for something else, I let her slip.) In fact, I have created life myself, so perhaps I am not the monster, the daemon, but Victor Frankenstein himself. From within myself, I have located, nurtured, brought forth a female other. She has become a kind of companion to me, her ‘visits’ eagerly anticipated, her photo a treasured keepsake on my smartphone.

Thus, arrived at a state of narcissistic self-sufficiency, I feel less urge to marry than I once did. Perhaps I’m already married to myself? Male and female principles united in some ‘alchemical marriage’? Did not the reviled Ray Blanchard once speculate that ‘an autogynephile’s desire to unite in the flesh with his feminine self-image corresponds to a heterosexual’s desire to unite in marriage with a female partner’?*

These mad conceits crossed my mind recently when a pen-friend asked if I’d taken the 'COGIATI' test, which describes itself as ‘a unique test designed specifically for the uncertain pre-transitional male-to-female gender dysphoric’. I’d never heard of it – the test has no scientific status – but it’s an amusing online exercise if you’re ever at a loose end.  Apparently, according to the test results, I’m an ‘androgyne’:

…What this means is that the Combined Gender Identity and Transsexuality Inventory has classified your internal gender identity to be essentially androgynous, both male and female at the same time, or possibly neither. In some cultures in history, you would be considered to be a third sex, independent of the polarities of masculine or feminine. Your gender issues are intrinsic to your construction, and you will most likely find your happiness playing with expressing both genders as you feel like it.

Your situation is a little tricky in our current society, but not tremendously so, depending on your geographic location.

The suggestions for your circumstance are not overly complicated.

If you have any comfortability about your gender expression, some slight degree of counselling might well prove helpful. The primary goal would be to make it possible for you to enjoy your gender expressions free from any shame or embarrassment, and to resolve any remaining questions you might have.


As an androgynous being, both genders, and both sexes are natural to your expression. Permanent polarization in either direction might bring significant unhappiness. It is not recommended that you go through a complete transsexual transformation. You might find a partial transformation of value, if you find yourself more attracted overall to the feminine. You are more likely a transgenderist, than a transsexual. It is recommended that you recognize that your gender issues are real, but that extreme action regarding them should be viewed with great caution…