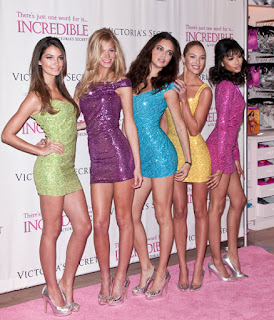 I’ve been thinking a lot recently about self-acceptance. In the previous post I described the mix of elation and fear I felt when stepping outside the house en femme, tracing the latter to my horror of being ‘read’ as a man in a dress rather than the stylish woman of my dreams. When I shared these thoughts in another forum, the response was that I was perhaps too hung up on passability; few trans women pass under all circumstances, I was reminded; the best hope is that if you accept yourself, others will accept you also.

Feeding my thoughts are two e-books that have come my way. The first is the latest offering from the prolific trans philosopher and life-coach Felix Conrad: How to Jedi Mindtrick Your Gender Dysphoria. In this book, as in his earlier writings, he makes no secret of his obsession with Victoria’s Secret models. One of them he blames for a painful outbreak of ‘SUMBOD’ (a Sudden Unexplained Massive Bout of Dysphoria) when he encounters her in a YouTube video and is instantly smitten: “As is the way with crossgender love, it was that curious beam of energy we project on the subject of our love but then bounce back on ourselves in some opaque mix of worship, envy and desire” (which, incidentally, is as good a description of the crossdreamer’s angst as I’ve read in a long while). He identifies with her but he can never be her. She has a supermodel’s body, he the body of a middle-aged bloke. Result: “the immense high of euphoria gives way to the despair of dysphoria”.

For Felix, as for me, ‘passing’ is everything. Some would find his attention to the body superficial, but I share it. “A lot of people with gender dysphoria endlessly debate whether they should transition”, he writes, “but don’t understand that transitioning will not cure their gender dysphoria unless they pass”. He recognises that there are individuals whose sense of misembodiment is so strong that it sustains them through the transition process; when they look in the mirror after surgery they see the woman they always knew themselves to be, even if she still has the unalterable skeletal structure and fat distribution of a male. But he also invokes, more controversially, the example of the “deluded transsexual who convinces themselves – despite evidence to the contrary – that they pass”. This delusion, he suggests, isn’t caused by vanity or narcissism but by a simple survival instinct: they have invested so much in transition that they can’t risk the mental consequences of facing “the harsh fact that they don’t look female at all”.

In her book, Me! The Gift of being Transgender, Monica P Mulholland argues differently. As a trans woman, she recognises that she could never pass for a cisgender woman: “My hands are too big, my feet are too big, and my facial structure is wrong”. As a result, she will “have to enter the world of the feminine by a different route”.  That route is to accept the reality of being no less a woman but a “different kind of woman”, a transgendered woman, to celebrate that status and to concentrate on the achievable target of being “the best transgender woman” she can be.  She urges us to think of the transgender condition as a gift, instead of a curse. Develop the self-confidence to avoid being ‘triggered’ by bullies, she says: “Use your knowledge of self as a woman who is transgender to set you free from fear”. Stop using passability as a subjective criterion; stop imagining other people’s negative reactions every time you step outside the front door. “Self-acceptance sets us free from our own inner critic, and may deflect the criticism of others.”

Wise counsel from both these authors. One writes from a post-transition perspective, the other from a non-transitioning, which makes direct comparison difficult. Nonetheless, a revealing difference emerges in their attitude to the body. Monica downplays the ideal of beauty in feminine self-expression, despite (or perhaps because of) its cultural dominance: “When we accept ourselves as transgender women, and realise that we are not failed cisgender women, we will be free to define our own standards of attractiveness and beauty”. Felix seems to work much more within received heteronormative expectations. If you can’t ‘pass’ (and that matters to you), then decide firmly against transition, as he has done; tell people that you’re gender-variant, identify as ‘non-binary’, modify your appearance in subtle ways, but accept the body you were born into.

Where do I fit in? I’ve come to think of myself as ‘bi-gender’ rather than ‘non-binary’, so if I was to tell the world as Felix would have me do, it would be under that identity. Yes, perhaps my choice of term is perpetuating the ‘gender binary’ while Felix’s is moving beyond it, but this is how it feels to me: two selves, sometimes bickering, sometimes embracing. Here’s a reality I must face. She wants to go out dressed as a woman; he worries she’s not passable. Who triumphs depends on who has the upper hand at any time. Late at night, after several glasses of red wine (he prefers white), she is emboldened, fleetingly at ease in her borrowed body, ready to face down any opposition as she steps over the threshold. At other times, timidity wins out. Self-acceptance (or should that be ‘selves-acceptance’?) is still a work-in-progress, and perhaps it will only come if I contrive to move beyond the gender binary.


(Thanks to Jack Molay, whose Crossdreamers blog drew my attention to these two e-books.)
Posted by Dabrela at 14:53