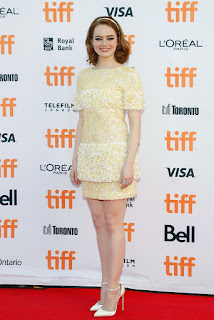 Recently I've felt an increasing urge to go out in female dress. As I wrote in an earlier post, if I were sustained by a conviction that I'm a t-woman who is finally throwing off her disguise, this would give me confidence. But I have no such assurance. To me the attraction, and the satisfaction when accomplished, is more like sexual arousal. I don't mean literal arousal – John Thomas thankfully doesn't rise up to spoil the contour of my dress – I mean something like the activation of those pleasure centres of the brain which are engaged by sex.

So if I’m compelled – or ‘she’ compels me – to go out, where can I find the confidence to walk the streets, to face the crowd ‘like a natural woman’, and shake off the suspicion that this is all just a rather shameful act of public masturbation? That’s where reasoning from experience should come in. It doesn’t help that, after years of socialisation as a male, I have internalised a bunch of prejudices, all in need of rooting out, but what I have most to fear from passers-by is unabashed transphobia. Let’s suppose the transphobes constitute between 2% and 5% of the population – probably nearer the lower end among the under-thirties, nearer the higher end among the over-fifties (since young people seem more open to gender fluidity). And let’s further suppose that only a minority of those transphobes are so bigoted that they want to share their opinions with me. The stats suggest that, as I walk out of an evening, my fears of what people will think and how they might express it are probably much exaggerated.

April, a t-girl who is refreshingly open about her experiences, draws a helpful distinction between ‘arousal range’ and ‘clocking range’. The distance at which she turns a man on is what April calls her ‘arousal range’. The point where she is discovered not to live up to her original promise she calls her ‘clocking range’.  I flatter myself that I have a reasonable figure when viewed from a distance but, of course, the face is a giveaway, which is why (thus far) I only venture out at night and use big hair as a distraction. My own ‘clocking range’ might be about 10 feet at best.

So what do people think, the unbigoted majority, if they pass within 10 feet of me?

The answer may be, in many if not most cases: nothing at all. We’re all wrapped up in our own concerns. We’re on the mobile phone, we’re chatting to a friend, hurrying to an appointment. Survival, especially in towns and cities, demands that we screen out of consciousness the dozens of strangers who jostle past us on the Underground. To an alarming extent, we suspend empathy; we put curiosity on hold. That’s how we get through the day. Perhaps, when time slows down and we’ve found a seat in the carriage, we steal a look at the passenger opposite. What queer fish is this! Dressed like a woman but built like a rugby prop forward. A child might point and giggle. As adults we’ve been schooled in the avoidance of rudeness and offence, so we keep our thoughts, however ungenerous, to ourselves. This monstrosity of nature gets off at the next stop and passes out of our lives forever. If we’d had a good book to read, we might never have noticed her in the first place.

So much for using the past to predict the future. Now let’s open the front door and see what that future holds…

She is drawn by the moonlight. On a clear night, when the moon is full or near-full, it calls to her, like the female deity which mythology has always supposed it to be. She delights to bathe in moonlight. He had never paid much attention to the moon, but now she studies charts of the phases, aware that if she were truly in a woman’s body, her sublunary world would be ruled by just such monthly cycles. And even as she looks up to the heavens, she feels grounded as never before. She starts to walk, and there’s a pleasure in the texture of the pavement under her heels. She stretches upwards, wishing to appear confident. She is a thing poised between heaven and earth, very nearly a miracle…

She remembers the words of the Gershwin song: “They can’t take that away from me”.
Posted by Dabrela at 12:00 No comments: