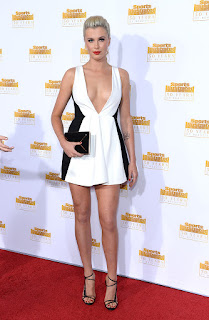 Recently I’ve been reading a book by US journalist Peggy Orenstein. Girls & Sex, according to the cover blurb, “paints a ground-breaking picture of today’s sexual landscape – and reveals how girls and young women are navigating it”. It’s the latest in a series of alarmist reports from the front line of human relations – Pamela Paul’s Pornified and Ariel Levy’s Female Chauvinist Pigs are earlier examples – showing how we’re all going to hell in a handcart. If I had a young daughter, I’d be troubled for what her future may hold. As it is, I respond more to what the book tells me as a crossdreamer, someone who carries the feminine within me and gains sexual, emotional and psychic satisfaction from cross-gender ideas or behaviour.

The landscape Orenstein describes is certainly a frightening one: a place where selfies morph into sexts, where teenage romance is reduced to blow jobs and unwelcome anal penetration. The body becomes first a ‘project’, then a ‘product’, to be endlessly transacted on social media, photographed, digitally massaged, commented upon for good or ill. The cultural options available to her interviewees are at once empowering and oppressive. She writes about the ideal of ‘hotness’, which, as Levy had earlier observed, is something different from ‘attractiveness’ or ‘beauty’, a currency which infinitely replicates a commercialised, one-dimensional vision of sexiness. If you’re Kim Kardashian, you can become a multi-millionaire on the back of it. If you’re a bright college girl anxious to take advantage of hard-won opportunities, it’s a minefield.

“When I got dressed I was like ‘I feel super comfortable with myself… I feel really hot and this is going to be a good day’. Then as soon as I got to school I felt, like, automatically I wasn’t in control. People are staring at you, looking you up and down, saying things. I started second-guessing myself, thinking, ‘I shouldn’t have worn this shirt. It’s too revealing, it’s too tight.’ It’s dehumanising.”

Camila is on the horns of a dilemma. She has actively chosen to present a sexualised image, as is her sovereign right. At the same time, she has no choice: the script is written for her by others; the girls are in competition with each other for attention; and everyone is judging her, or so she supposes. As Orenstein puts it, “Girls [like Camila] shifted between subject and object day by day, moment by moment, sometimes without intending to, sometimes unsure themselves of which they were”.

I’ve said before how unlocking my female self is like going through a second adolescence, so it’s not surprising if Camila’s dilemma feels like my dilemma. The self-determining subject empowers: this self looks out at the world with steady gaze. But the habit of self-objectification, by culturally ingrained custom, saps that power: this is a self who looks at herself being looked at.

A strange misalliance develops between postfeminist sexual self-confidence and the accelerating power of communications technology to reduce a woman to an observable multi-part object. The British academic Rosalind Gill has analysed this phenomenon, discerning a move among the sisterhood from an “external male-judging gaze to a self-policing narcissistic gaze”. This she sees as a more pernicious form of exploitation than any that had come before, for “not only are women objectified as they were before, but through sexual subjectification they must also now understand their own objectification as pleasurable and self-chosen”.* As a crossdreamer I feel peculiarly implicated in this development. The male in me is guilty of directing his ‘male-judging gaze’ at any ‘hot’ woman who crosses his path, even one he only sees in the mirror; at the same time, the female in me basks in the warm glow of being the object of my self-directed desire.
I put on a dress. It’s short, because I believe my long legs are my best feature and it makes me feel ‘hot’ to put them on show. I walk out of the door, and start to “second-guess myself” (in Camila’s phrase). Perhaps it’s too short?  Perhaps I’m not in control after all?  The high priests of crossdreaming theory are keen to argue that the excitement a crossdreamer experiences at the thought of having a female body is no different from the thrill a ciswoman feels when she puts on a sexy dress. I dispute that: I am aroused by what Nature has not given me, not by what it has. But where there is real symmetry is in this slippage between ‘subject’ and ‘object’. Like the young women studied by Orenstein, I am swimming in a hypersexualised medium where, rightly or wrongly, the body is queen; somehow I must keep my head above water.


=====
*The quotations are from her chapter ‘Supersexualize me! Advertising and the midriff’ in Mainstreaming Sex: The Sexualization of Western Culture, ed. Feona Attwood (2009).
Posted by Dabrela at 17:12