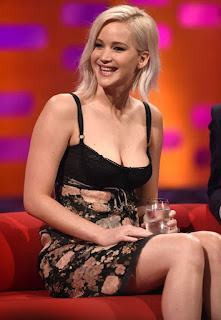 Sometimes I hold my hands out, palm upwards, in the manner of a Pentecostalist awaiting the descent of the Holy Spirit. I smile the widest of smiles in order that the endorphins flood my system. And I welcome the female spirit into me.

The trouble with ‘gender tourism’ is that the traveller never arrives. I cannot become the object of my longing. I am the arrow released from the bow that never reaches its target.

The ventriloquism of desire. I am both the subject that desires and the object of desire. The only way to reconcile this is to ventriloquise my desire, to take my straight male self and project it – as if it were a voice – into a male ‘dummy’, leaving my embodied ‘female’ self sitting or lying next to ‘him’.

What of her own voice? How does she speak? Perhaps very differently from me. Her dad calls her ‘Eliza Doolittle’ due to the way the Cockney-inflected English of her London schooldays is filtered through the Queen’s English she was expected to speak at home. Her speech – both her pronunciation and her bad language – had been another site of conflict with her parents as a teenager, the relics of which survive in her accent and her propensity for swearing. She’s a good girl inside a bad girl. Or should that be: a bad girl inside a good girl?

Such imaginings carry me away. Can the imagination be a drug? I think it can. And I’m an addict.

Two spirits. One is the person I was supposed to be, the person my parents intended. The other is the one I secretly wanted to be or secretly believed I was. This dichotomy can be framed in so many ways: as male vs female, conformity vs rebellion, wage-slavery vs bohemianism…

I look at myself from the outside, from above. Like those dramas of near-death experiences where the hospital patient watches himself on the bed below as he floats towards the ceiling…

I see someone who has failed to achieve the badges of ‘normality’, having become neither a husband nor a father. But he has also failed to make a virtue of his variation from the normal. There are models. The carefree bachelor with a girl in every port – careful only to ensure they come no-strings-attached. The gay singleton leading a secret sex life. Or the gay celibate who can’t accept his sexuality – or doesn’t even recognise it. But he’s another kind of variant: the natal man with a ‘misdirected’ hetero desire that can only be expressed by assuming a transgender alter ego. Is ‘misdirected’ even the right word? After all, that is the word they used seventy years ago for homosexual desire; now we know better. ‘Differently directed’?

One thing held him back from submitting to the template of normality  – a belief in his own exceptionalism. But this belief wasn’t strong enough either to be sure in what respect he was ‘exceptional’ or to carry through that conviction into his daily life and his relations with other people (although it was strong enough for him to resist conventionality when opportunity arose – for example the prospect of marriage.) The result was that he was defined by a ‘negative’ conviction. He knew what he was not but not what he was. His life was filled with absences. He lived on his own, had few friends and spent many hours in an imaginary world of wish-fulfilment. The key feature of this imaginary – or as he preferred to call it, ‘alternative’ – world was unattainability. Once entered into it, he was in every sense the opposite to his self in the ‘real’ world. Thus it is not quite true to say that he didn’t know ‘what he was’. But he knew that what he was was something he could never be in the ‘real’ world.

It’s curious: typically, a sense of exceptionalism positions you above the crowd, and so is liable to be misread as arrogance; yet his derived from a low sense of self-worth. It was like an (over-)compensating mechanism.

When he was placed in ‘normal’ situations, although he could play the part successfully at the time, afterwards he felt he was being ‘dragged down’. Last year, in the sociable days before Covid, he attended a summer party with a cis-female friend, where they were mistaken for a married couple. She found it amusing; he found it unsettling. He’d rather be alone than paired with someone he didn’t by turns look up to, admire, worship or envy. It’s not that his ideal doesn’t or couldn’t exist – there’s no reason why the particular combination of physical features and character qualities he prizes is impossible – rather that such a person is unlikely to cross his path and, if she did, even more unlikely that she’d enter into a relationship with him. She might be the goal of his ambitions but he was hardly likely to be the summit of hers.

No surprise, then, that out of frustration he has sought to ‘become’ the person his male self wants to be with.